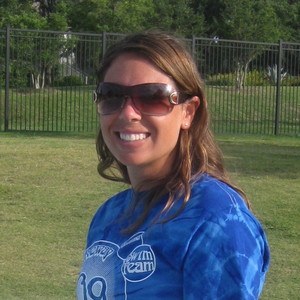 Coach Ginny is an accomplished swimmer and coach. Coach Ginny has coached summer league (Head Coach for WAAC Flyers & the Lakeway Lakers), USA Swimming (WFLY) and high school (Vandegrift, Lehman & St. Andrews). Ginny was an accomplished high school and college swimmer, specializing in backstroke and IM. She was an All-American swimmer at Division III powerhouse Denison University, being part of the Conference and National teams all four years. As a senior in high school Ginny became the youngest person to swim between 2 islands in Hawaii, Maui to Moloki. Ginny has a BS in Economics from Denison and a MS in Sports Management from UT. Ginny is currently the head swim coach and an Algebra teacher at Vandegrift high school. She believes sports are a positive influence for everyone and enjoys introducing young athletes to swimming!